Home » The Government doesn’t care about Russian interference, it welcomes it 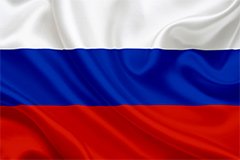 The Government doesn’t care about Russian interference, it welcomes it

Russia is hardly a threat is it? Not to the establishment anyway. Of course they don’t give a fuck about Putin’s influence, not when he’s investing millions in making all their dreams come true.

Think about it. How is it bad for the government when Russia creates armies of bots that say “I back Boris 100%” to dupe simpletons just before an election? Allegedly.

How is worrying for them when Russia’s campaign of chaos helped the UK to financially cripple itself, to weaken its standing on the world’s stage and inflict a typically British, polite civil war of words?

No politician in their right mind actually wanted Brexit. Only the swivel-eyed, disaster capitalists betting on our failure and the blatant opportunists who rode the wave of ‘public opinion’ and majority rule.

We’re a fucking laughing stock. Not just to Russia but to our own leaders who couldn’t give a flying fuck about your or I.

I’m ad libbing a bit here, but today when Keir Starmer questioned the existence of Russian propaganda outlet RT (Russia Today) in the UK, Boris was quick to point out that Labour politicians had taken cash to appear on it.

Starmer was pleased to inform Boris that no one on Labour’s current front bench had, quick to distance himself from Corbyn’s cabinet.

However, what he should have said was;

“Hang on a minute you scruffy fucking scarecrow. Didn’t you and the lip-lacking, Britain-breaking cunt Cameron accept £160,000 to play tennis with a fucking Russian minister’s wife?”

It doesn’t matter. They’re all as bad as each other. Russia runs this country and the US, sewing its evil seeds of fuckery to a bewildered public.

We didn’t fall into another dimension in 2016 when The Large Hadron Collider was powered up. We’re just gullible twats being exploited by a super-power that owns our politicians, owns London and owns us.

They bought this country and as they were handing over the cash they pointed to Germany and said; “Look, they tried to rule you with two world wars and now they do without a single shot fired.” And in return we bought the lie back.