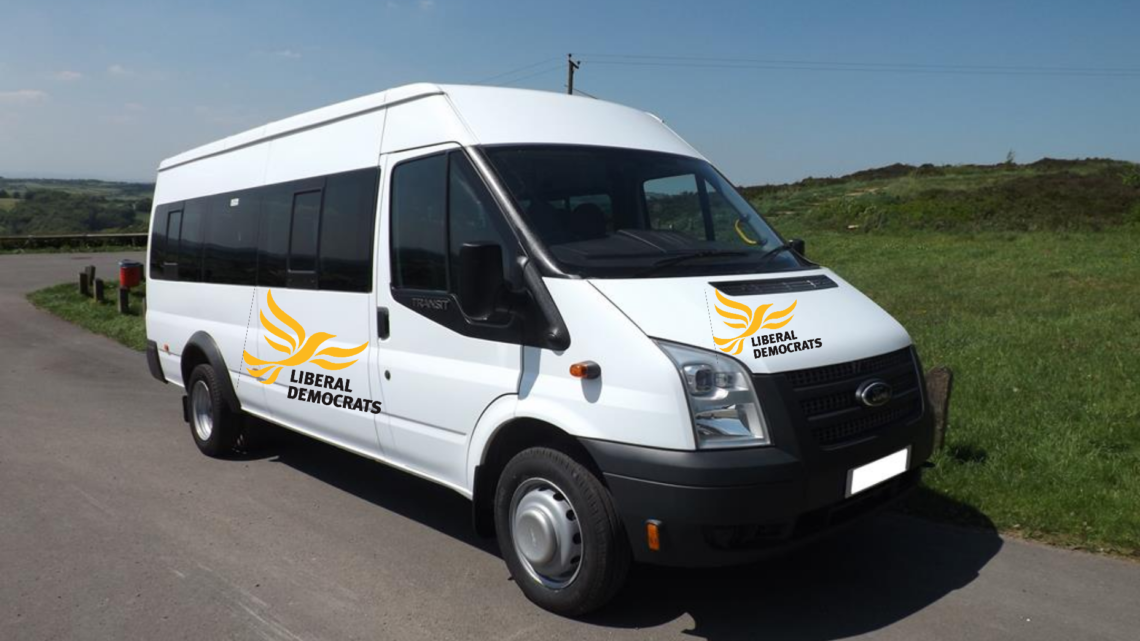 Liberal Democrat minibus sets off for Parliament with its 11 MPs

As a loony lefty with radical ideals about, you know, fucking feeding people, the election result hurt. A lot. But I’m over it, it is what it is, we lost, they won.

All the luvvie centrist celebs on Twitter are making me laugh though, for some reason they can’t seem to let it go.

They couldn’t bring themselves to vote for their favourite party because they’re ardent remainers who are so far in their bubbles that they can’t accept that there is still a massive hunger for Brexit whether they like it or not, so they backed a party that just wanted to completely ignore the referendum and expected that would somehow get massive support.

Then, when they lost massively they attacked “the cult of Corbyn”.

We didn’t all think he was a messianic figure, most of us just thought he was a better choice than a lying racist who shows nothing but contempt for the working man.

The mind fucking boggles, especially when the criticism is followed up by saying Labour need to move back to the centre, just like the LibDems, who were massacred.