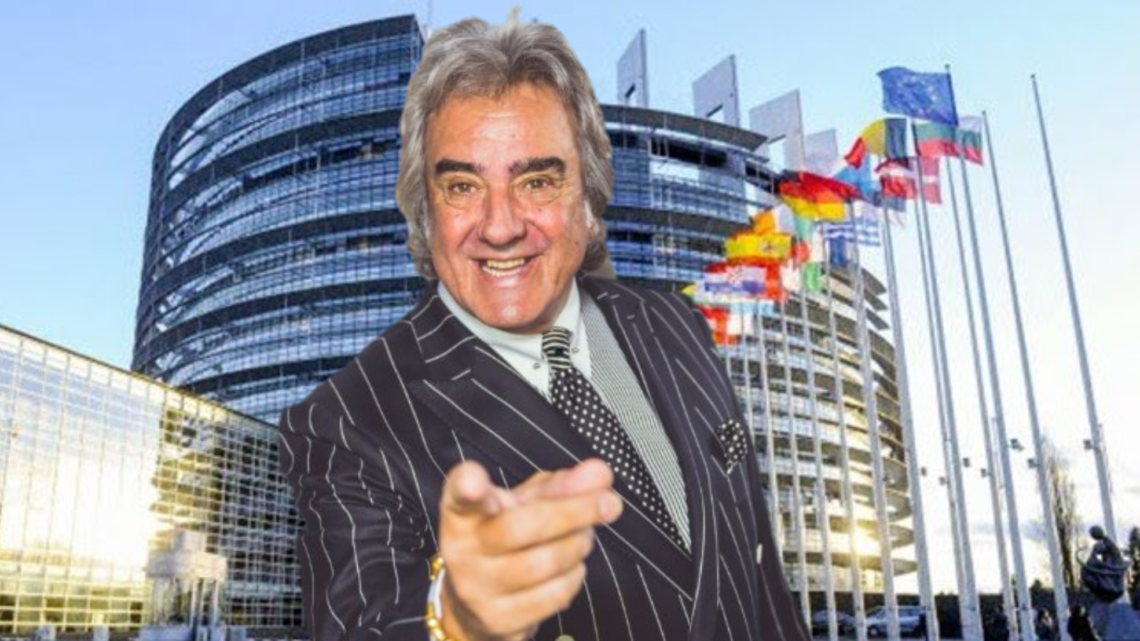 7ft twat jawed gimp and antiques enthusiast, David Dickinson, was reportedly hurried to Brussels under the cover of darkness early this morning.

At around 1:20am BST the flamboyant, besuited, Disney cartoon bear boarded a private jet, flanked by government advisors and five excited elderly women who reportedly follow him wherever he goes.

In a tense stand-off between Prime Minister Boris Johnson and the EUs Chief Negotiator, Michel Barnier, onlookers said a clearly agitated Johnson was about to give Scotland away when the bronze Duke intervened.

“Can I just stop you there for a minute Boris? Now, Michel’s been a bit naughty haven’t you?”

“Now, the independent valuers tell me that Scotland is worth a pretty penny. So, if I were you I’d have a long think before signing on that dotted line.”

Dickinson reportedly interrupted a further seven times during the fraught discussions, before the real deal was finally struck, and he is now flying back to the UK to have a word with the DUP.