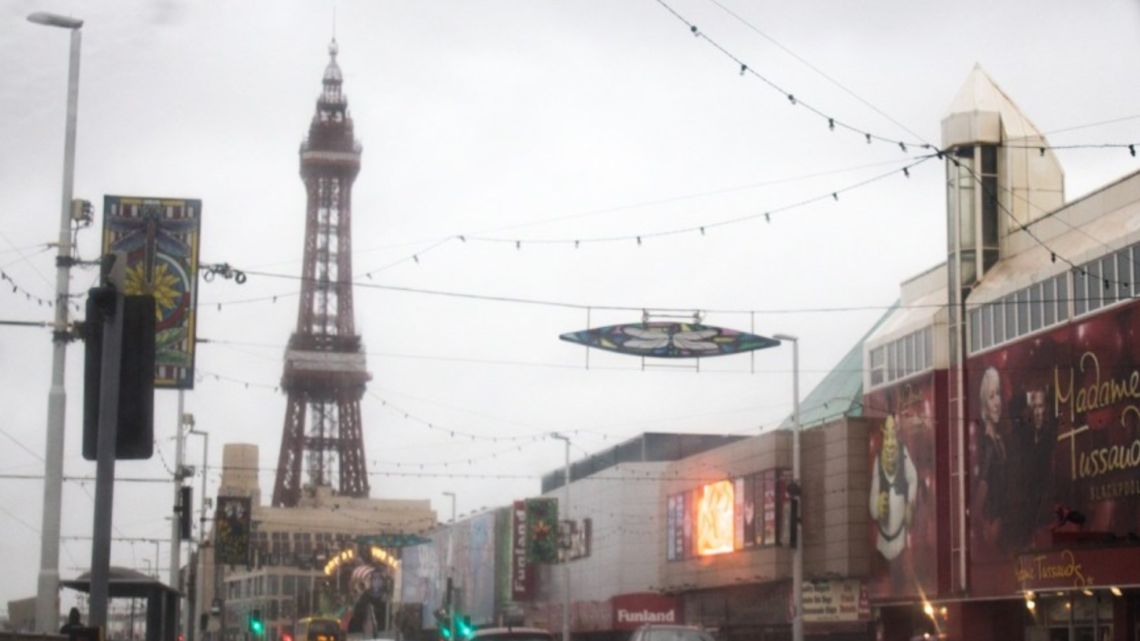 Hundreds of locals gathered along the promenade in Blackpool for the big switch-on tonight, but it wasn’t the illuminations being turned on for once.

Yes, Blackpool has finally joined the 20th century with its brand new 3G network for calls, texts and WAP browsing.

A small band of locals are not happy however, as their beloved tower has essentially been turned into a giant aerial.

78 year old Mavis Milligan, known as ‘Blackpool’s cheapest thrill’ or ‘The Big One’ works daytime in an amusement arcade and delivers hand jobs at night, is planning a series of protests. She said;

“Frankly it’s a fucking disgrace. If I want to call folk I’ll use the box. They’ve ripped the fucking ball room out for this shit.”

There are no plans yet for a 4G upgrade just yet, but locals can look forward to teletext in the coming months.