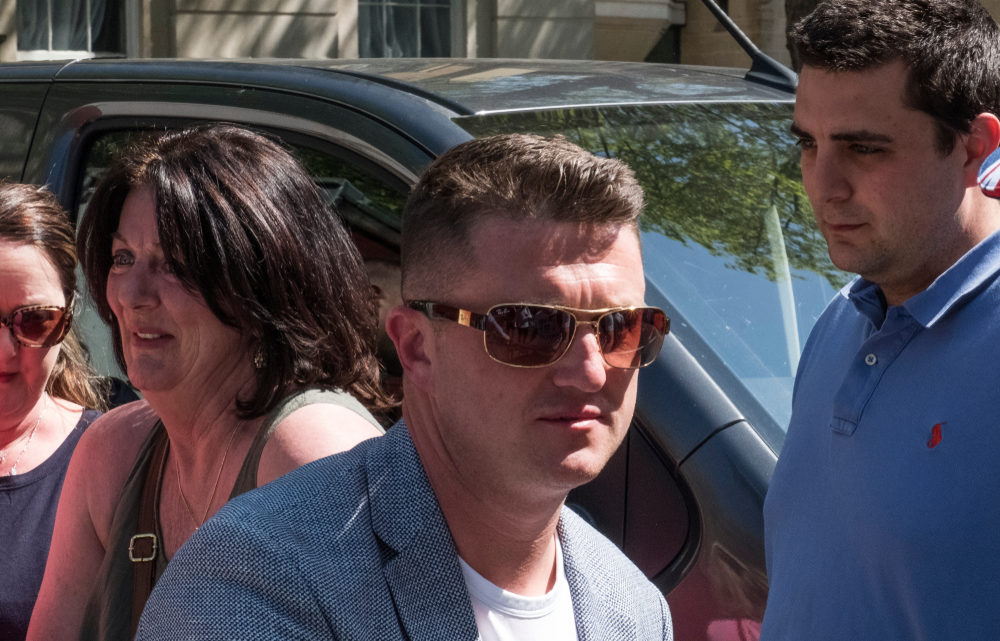 I say certain death, but it’s actually nine months, of which he has already served three, but you know Tommy, he’s a bit of drama llama.

By all accounts his first night didn’t go too well, according to his cell mate Mohammed Begum who said;

“He’s dead clumsy. He just kept falling over, and over, and over. He accidentally broke three of his own ribs the silly sausage.”

After guards stopped laughing, Robinson was moved into isolation to stop him from getting anymore blood on Begum’s walls.

That’s when he met real hardship, only being given access to a Playstation 3 and a 14″ CRT tv.

So far he’s only managed the title and a crude picture of a dinosaur because he’s not allowed anymore crayons yet.

If this stuff raises a chuckle then why not buy me a pint? Aw go on you tight bastard.