Home » Tommy Robinson found cowering in the back of a lorry 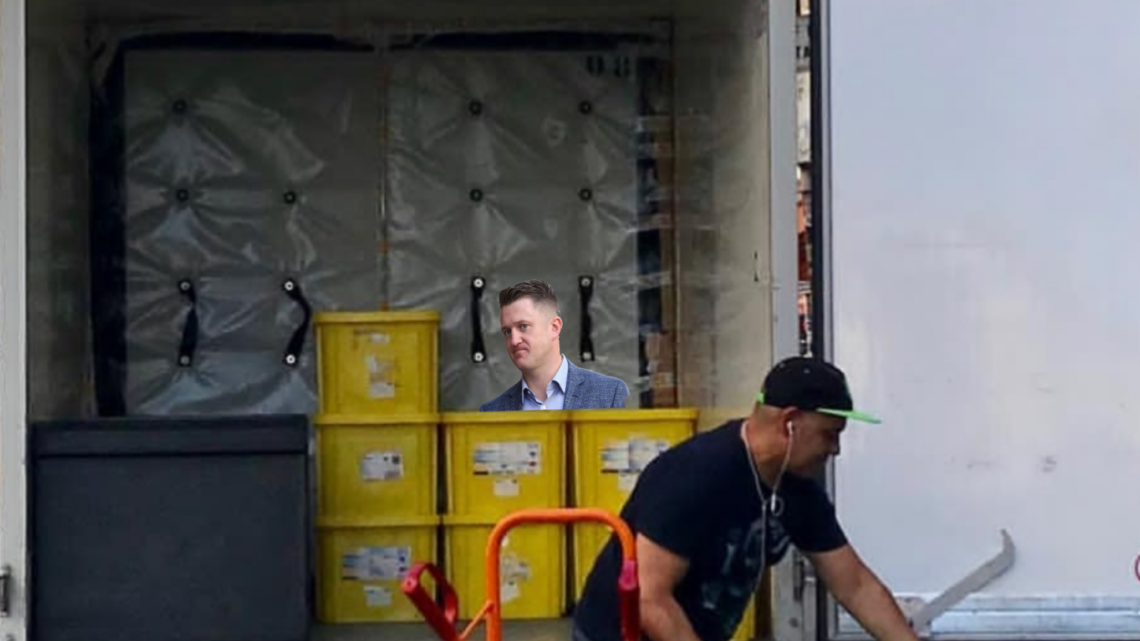 Tommy Robinson found cowering in the back of a lorry

Tiny Tommy ‘Ten Names’ Robinson was discovered hiding behind a crate in the back of a British driver’s truck in Spain earlier today.

At around 6:00am, driver John Edgerton arrived in Benidorm to drop off a consignment of Spam, but as he began checking his load he was to surprised to find more salty pork than he bargained for.

“I opened up the back door and there he was, shaking like Boris Johnson’s pre-COVID hand behind a pallet.” Said Mr. Edgerton.

“I mean, it was a shock. I’m used to them jumping out at the other end back in Blighty, but I’ve never seen one trying to leave before.”

He continued; “He just looked so scared, they usually scarper but he just sat their quivering and mumbling something about how they’re all out to get him.”

Robinson was reportedly apprehended by police at around 7:30am, but no update has been offered by by the Spanish authorities at present.