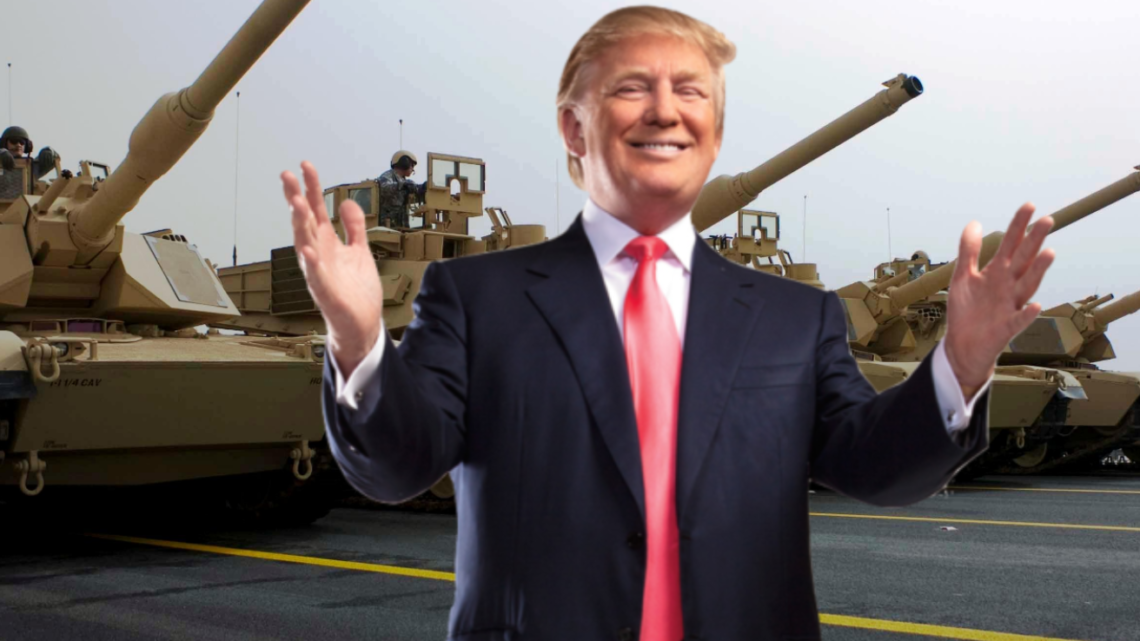 Ah, July the 4th in America. A day for celebrating Independence, remembrance of those who lost their lives defeating nefarious alien foes, and of course fireworks and ridiculously weak beer.

This year will be slightly different though as America continues on its quest to make itself great again.

They’re having a military parade. Not one of those weird ones like deranged totalitarian dictators have overseas, flaunting their huge nuclear warheads to strike fear into the hearts of their enemies.

No sir, this is a wholesome, family oriented massive show of force, in a completely normal and democratic country on the initiative of its stable genius leader.

It’s just an excuse to show off those lovely shiny tanks, nothing weird about it whatsoever.

It’s wrong to make comparisons with other regimes, sorry, countries.

Trump’s military display will be nothing like a Russian or North Korean one, just like his child cages on the Mexican border are nothing like concentration camps.

I mean, there’s kids being held separated from their parents with inadequate food, poor hygiene and no running water, but it’s not comparable is it? They’re not naked for fuck’s sake.

So enjoy yourselves today America and stop worrying. President shit for brains is definitely not a tyrannical despot.

He’s just a normal everyday billionaire with the plight of the poor close to his heart and a penchant for massive shiny killing machines.

Like a two year old with sweets, Facebook don’t like sharing these articles which is diminishing the already meagre income they generate. So, if you fancy supporting my quest for writing fuel (booze) please consider a small donation.