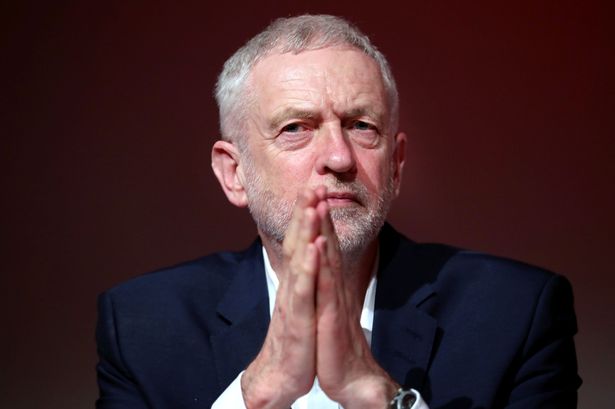 Jeremy Corbyn still deciding whether he prefers daddy or chips

Many years ago, the leader of the opposition was asked by an older sister if he prefers daddy or chips.

After much contemplation, and many plates of lovely, lovely chips, he summoned his shadow cabinet to announce his decision.

Did he fuck! He’s never going to tell us if he prefers daddy or chips, just like he can’t make his mind up about Brexit.

Make a fucking decision you dithering auld cunt. Pick a side and give your arse hole some relief from all that fence sitting.

Labour are fucked either way. They have to accept that they’re not going to please all of their voters.

But give them a fucking clue for Christ’s sake. How are people supposed to feel represented when they’re unclear on what the party actually stands for?

This constant second referendum magic bullet keeps getting bandied about like fucking lube in a brothel too.

Why are people so sure that the consensus has changed? If we did have a second referendum and Brexit won again, then what?

Would a no deal vote be an option? Would an ill informed, media groomed plebiscite be allowed to commit suicide for the sake of accountability avoidance?

Maybe Labour don’t want the hassle, I mean, who would? Who in their right mind would want to go down in history as the leader, or member of a party that ruined the UK?

If Labour are serious about being an effective opposition they need to get their fucking shit together.

They need one clear, united message. Soundbites if need be, play the tories at their own game.

Just pick a fucking side.