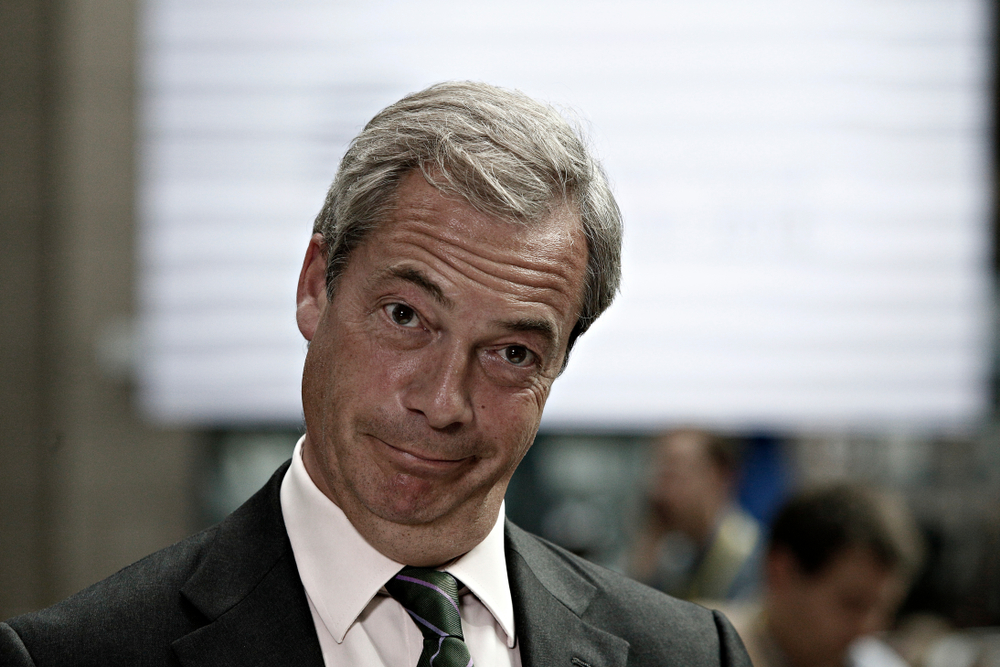 Stringless Thunderbird puppet and serial resigner, Nigel Farage, doesn’t do very well when other people are in driving seat, or cockpit for that matter.

On his way to filming Question Time on Thursday, the ronsealed bufonidae was involved in head-on collision.

In typical Farage fashion it was alleged that he slunk off from the scene of devastation at the first available opportunity, much like he did the day after the referendum when he crashed the UK.

After all, spouting bollocks for an hour to like minded fuckwits on TV is far more important than checking that members of the other party involved in the crash, including the baby, are all ok.

So he left his chauffeur to deal with aftermath and quickly disappeared like a promise to give the NHS £350 a week.