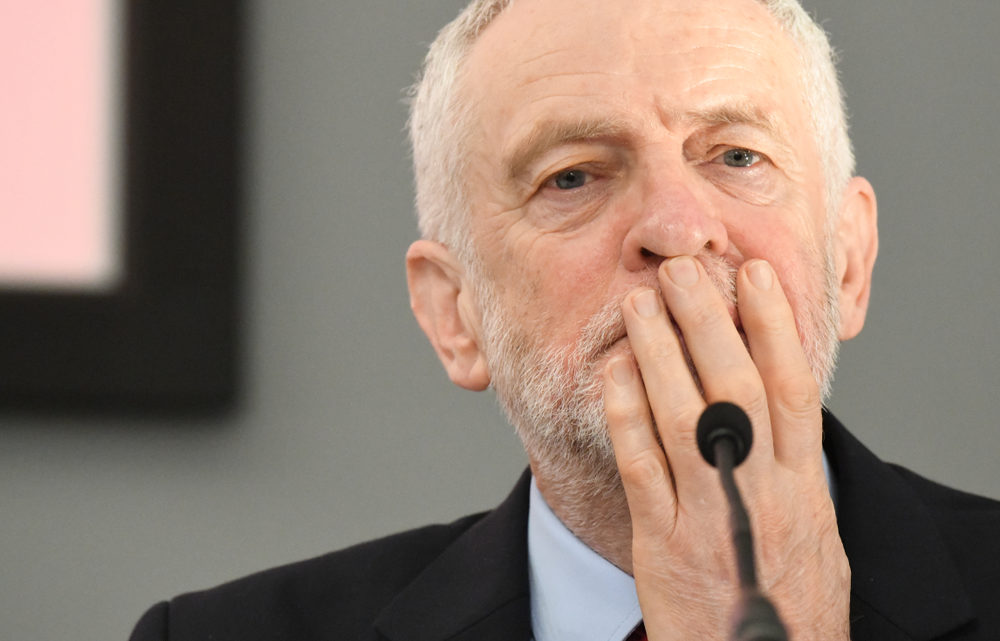 After seven hours stuck in the political equivalent of a gynecology ward, well, it had a load of cunts in it. Theresa May emerged once more to address the public.

In the usual fashion, her inane ramblings had been moulded into some sort of speech by a suicidal civil servant. And, as ever, it was clearer than diamond stars twinkling in a cloudless, lightless night. Viewed from behind an inch of ice on your fucking windscreen.

In fact, if you want to make heads or tales of her latest offering then you’d probably be best off heading towards Alan Turing’s final resting place with a fucking Dyson.

One thing was clear though. After three years of fucking about, and with ten days to go, she wants to involve Corbyn.

Now, I’m not being pessimistic here, but I reckon given another seven hours in a room, this time with Labour, she’d still only manage to deliver a three foot long stinking turd.

Only this time she could pin all the blame on him, for say, I dunno, putting the kibosh on her shit deal 4th time running at the 11th hour.

Or by simply blaming him for the inevitable, if any, softer Brexit.

Be careful Corbs. That’s the devil, they always want to dance.