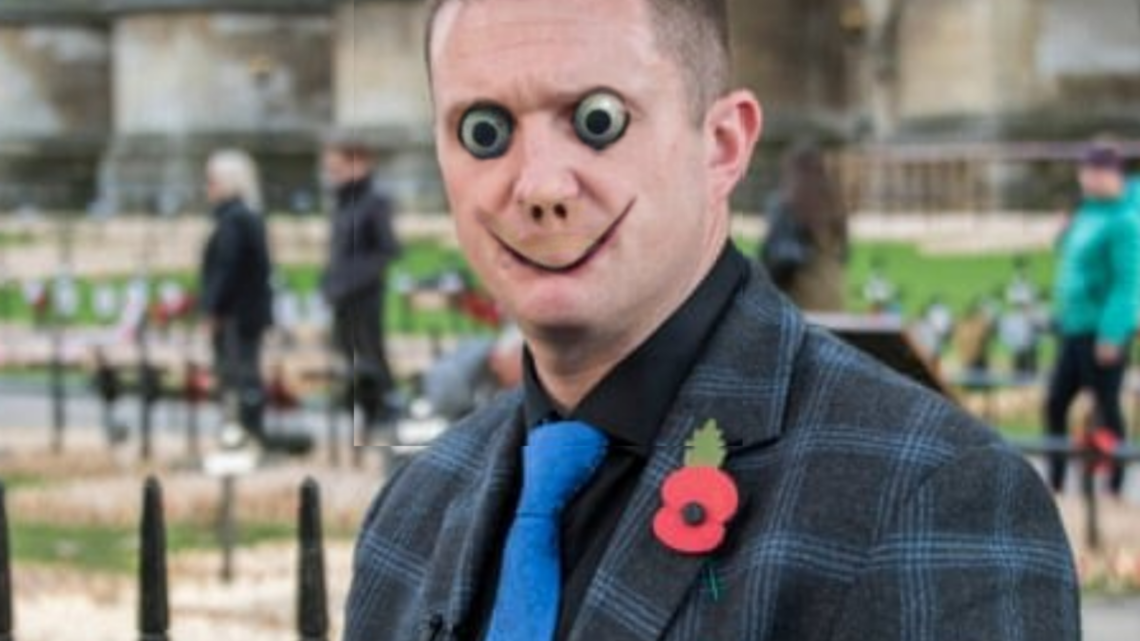 Fans soon rallied round the tiny atrocity, screaming incoherent gibberish about an establishment conspiracy, because the social media ban seemed to coincide with a YouTube ‘exposé’ on the BBC released by the 4ft gimp.

I tried watching it myself, but all those hard hitting scandals sent me to the land of nod quicker than a chloroform soaked panty wank.

The conspiracy theory is now gaining momentum, thanks to the fear mongering news stories about something called the ‘Momo Challenge’ spreading across the internet quicker than chlamydia in a university dorm.

Supposedly trolls are egging on children to commit suicide by sending them a picture of something that looks like the protagonist from a shit The Ring spoof, much to the annoyance of angry gammon, who are now chanting;

“Dey ban tommeh for telling the troof but they wont ban Momo for killing are kids!!!1”

I wouldn’t worry too much about Momo though, kids are already drinking detergent shots because their fucking mates told them to.