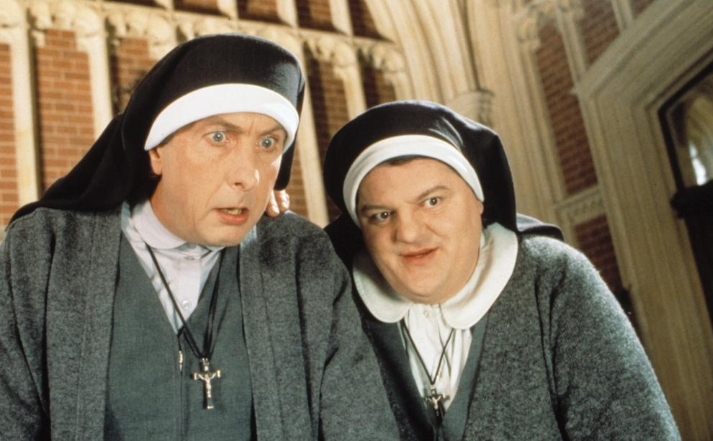 The rumour mill has been alive for months with suggestions that comedy legend, Robbie Coltrane, will take on the role of Deloris in the final instalment of the Sister Act trilogy.

Coltrane appeared to validate those rumours earlier today after posting a picture of himself with Eric Idle (reportedly replacing Maggie Smith) dressed as nuns on Twitter.

Fans of the franchise were quick to jump to Goldberg’s defence, with Natalie Smith Tweeting:

“This is a disgrace, another black role given to a privileged white male.”

Human rights protesters have also organised a demonstration outside Pinewood studios in an attempt to halt filming later this week.

A spokesman from the production team said:

“Deloris is a fictional character and new Sister Act film is more of a reboot than a direct sequel, the character will be renamed to Mick.”

“It’s not like Coltrane will be blacking up or anything for fuck’s sake, people need to get a grip.”