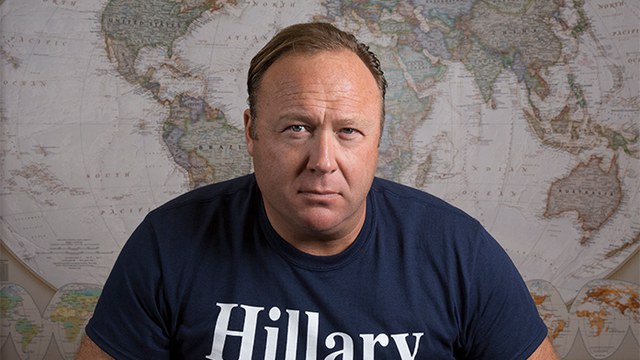 Banning hateful bullshitters isn’t an attack on freedom of speech

Dug up John Ritter and high blood pressure personified, Alex Jones, (not that one) has been banished from nearly every social media platform, except for MySpace and two cups on a string.

It doesn’t matter if you’re a fan though, the cunt screams his stream of consciousness bollocks so loudly that if you tilt your head towards America on a quiet night, your ears will get AIDS.

I’m all for freedom of speech, but not freedom of supremacy, hatred, or utter fucking bullshit.

Some liberal commentators will argue that the left get too wrapped up in all of this who can say what, and that we’re somehow the baddies trying to suppress opinion. I disagree.

I think the dying art of common sense should be utilised, case in point: If you’re likely to be the next Prime Minister, don’t call part of the electorate fucking ‘letter boxes’ in an already tense environment.

If you’re Apple, Facebook or YouTube, don’t let a walking heart attack scream to millions of people that dead children aren’t really dead, a lesson learnt too late, but learnt all the same.

People are weak and words are powerful. We’re where we are now because of fringe dick heads given a voice.

Some would argue that a racist prick should be able to speak, to let everyone know, so he can be challenged.

This argument sadly relies on the majority of people not being fucking thicker than a Maccies milk shake however.

Far from being challenged, our hypothetical racist would just pick up followers, nodding and saying ‘he’s right you know’ as if his teachings were written on the side of a truth bus.

It needs to stop. We shouldn’t be in a situation when, in 2018, the biggest growing movement is the belief that the world is fucking flat.

The same goes for religion. Why do we need a conduit for a fictional cloud dweller to tell us abortion is a wrong in a televised debate?

We’re just going backwards and it’s dangerous. People are gullible and that can have consequences.

Whether that be someone thinking it’s acceptable to hurl abuse at someone else based on their race in the street, or to even risk their own child’s life because they think sound medical practise is actually harmful.

It’s fucking madness, and banning nutters like Alex Jones is a step in the right direction, but I fear it’s too little, too late.