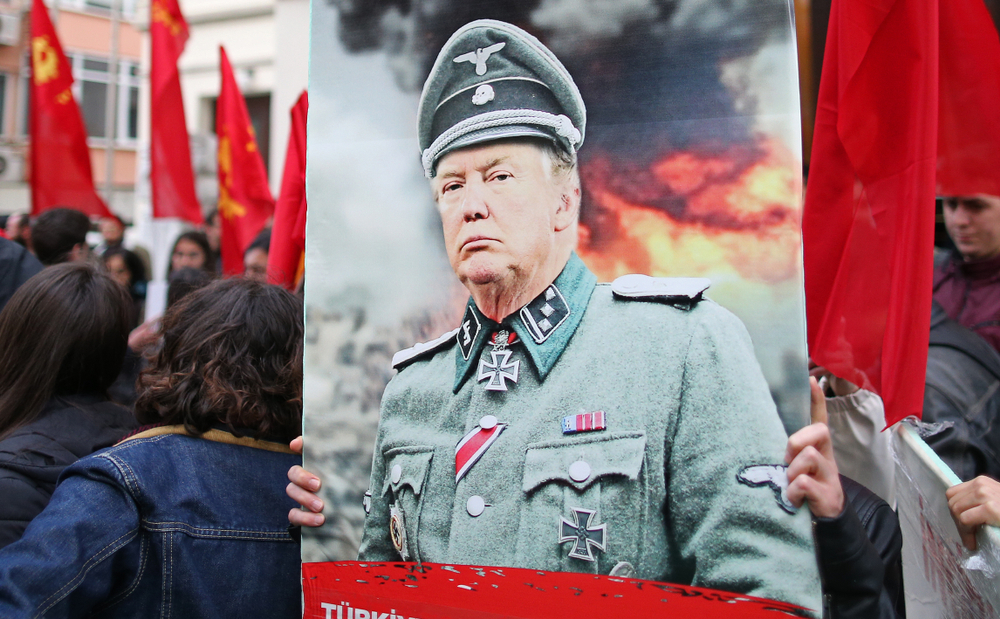 Terrified families stuffed into tiny carriages like cattle, told to bring only their most prized possessions so they could later be stolen by the state.

Then they arrived at the gates of hell on earth to suffer humiliation, abuse, then starvation, before eventually being worked to death, shot, or gassed.

What happened when they clambered off those trains, exhausted and terrified?

The children were separated from their parents, snatched by bullies clad in Hugo Boss and taken away.

We know how it ended, but we must never forget how it started.

Fast forward over 70 years and here we are now, 2018, America, and children are being separated from their parents and locked in cages.

No, this isn’t the same, they won’t have that terrible fate, but this whole situation has echoes of one of the darkest blots on human history.

The world is watching very closely this time Mr. Trump. They are worried that when you dehumanize people you’re on a very slippery slope.

With Trump’s rhetoric about building walls, banning Muslims and the USA not being a migrant camp, people have a right to be worried.

Especially when he’s jealous of despots like Kim Jong-Un because his people ‘sit up and pay attention’ and he wants his to do the same.

Usually in my articles I insult people like Trump in sweary tirades, it’s what this site is known for.

He’s beyond satire now though, less garish cartoon and more all too real threat. He’s not funny, he’s fucking terrifying.

Wake up America. This is how it starts.