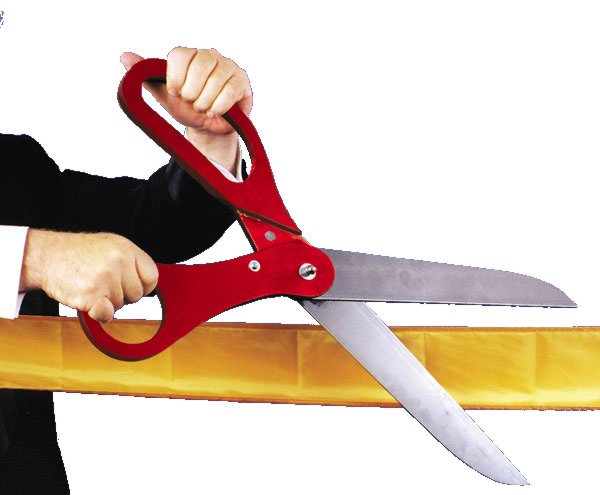 President Trump has cancelled his scheduled visit to the UK to open the new American Embassy in London.

Incorrectly citing anger at the Obama Administration for the letting the old site go for ‘peanuts’ in a deranged Twitter rant, many think he was actually worried about the planned protests on the day.

However, sources close to the President have revealed different reasons for his sudden change of heart;

“He couldn’t wait” said one aide.

“He was skipping around The Oval Office talking about how cool it was going to be meeting the King and Stephen Hawk Wind.”

President Trump was then informed about the ribbon cutting ceremony.

“He was calm and going along with everything until someone mentioned the giant scissors. It was at that point he lost his shit and started screaming about having normal hands but how the scissors would make them look small and everyone would say mean things.” Said another.

The President was then offered a normal pair of scissors but he’d already Skyped Theresa May telling her to ‘stick the stupid building up her ass’ before retiring to his room with his phone and 5 Big Macs.