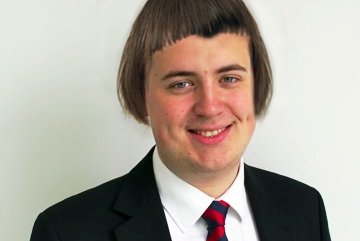 He’s right you know, they do everything better in Oldham, Bury or Royston Vasey than in Rochdale, especially when it comes to Rochdale Council who couldn’t organise an ejaculation in a brothel.

You know a town is on its arse when McDonald’s leaves, or a least you should. Even Burnley has a Maccie D’s. After that businesses started pulling out faster than a Catholic bloke with 5 kids.

So how did the council resolve to fix things? Well it wasn’t via a spat about hair cuts, that came much later.

Firstly they filled every available space with bookmakers, pawn brokers and charity shops. A typical day out for Rochdalians involves pawning your nan’s jewellery, losing the money you got in the bookies, then buying a second hand shirt from the British Heart Foundation to replace the one snatched from your back.

Yes Rochdale is a dystopian nightmare, sort of like a Brexit warning to the rest of the UK, but at least we have a nice town hall.

Then the council decided to regenerate the area by opening up a river which had been covered up for decades, instantly resulting in mass flooding causing tens of pounds worth of damage in the centre.

Not content with two empty shopping centres, the council now plans to build a third at a cost of £70m which includes a six-screen Reel cinema and 24 shops and restaurants. M&S and Next had already signed up.

The trouble is, M&S, who are already based in Rochdale have since pulled out with the project still going ahead. 70 million quid is a lot of money for one shop, a cinema and tonnes of empty space.

What can you expect though from a council who self indulgenty built themselves offices which make The White House look like a garden shed, took a busy market and turned it into a few shanty stalls and gave themselves a 35% pay rise whilst trying to fine homeless people and ban swearing.

What’s the fine, a doc end? And why are they trying to ban swearing, is it so you don’t hear everyone walking around talking about what shit hole Rochdale has become?