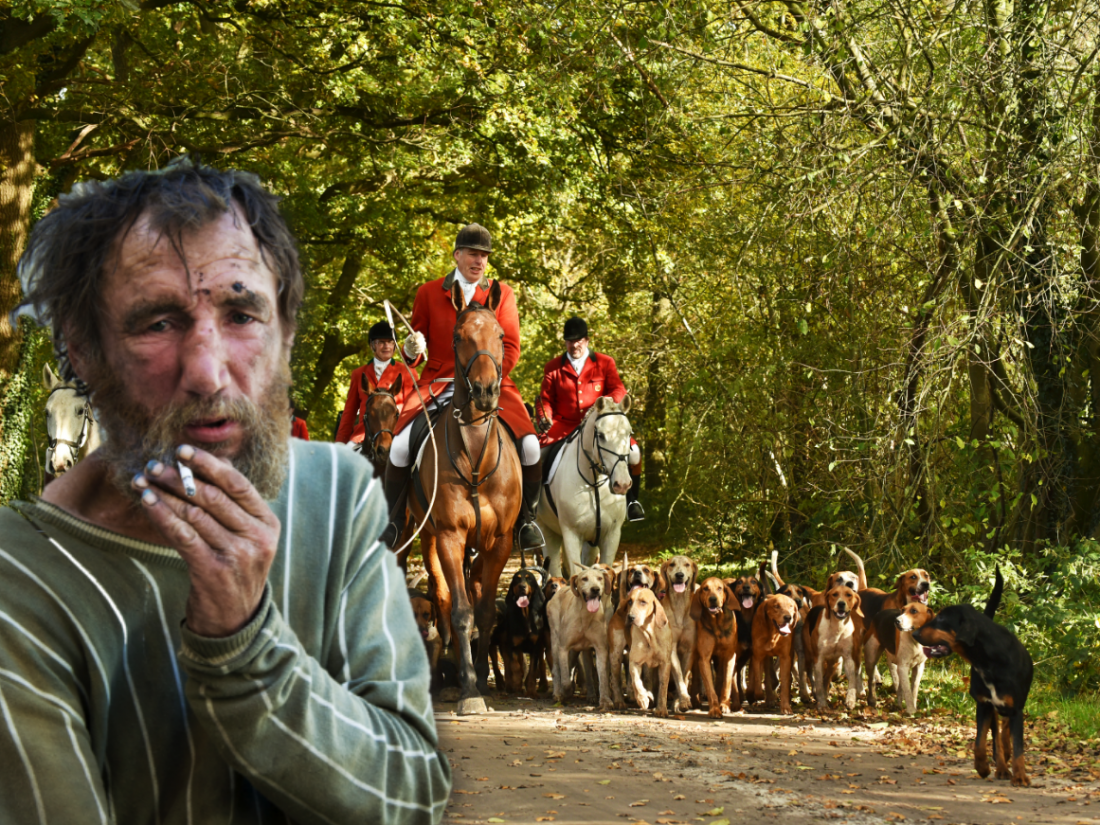 “With fox hunting being theoretically illegal unless you’re hunting for foxes in front of the Police, and homelessness quadrupling in some areas, the move seemed like a no brainer” said a Tory minister, probably.

The proposal comes after several Labour and Conservative councils have attempted to quell the homelessness epidemic by moving beggars along, or fining them.

“We realised fining homeless people is difficult as they don’t have any money” said a Labour councillor in Rochdale who wishes to remain anonymous.

“We tried moving them on as well, but everywhere we move them to is also full of homeless people.”

The move has attracted a lot of interest from the fox hunting community.

Lord Painington-Torture said; “It makes perfect sense. Hunts are becoming more and more difficult. I broke my whip on a saboteur’s head on Boxing day, it’s just not cricket.”

He continued; “The sheer volume of homeless scum will take the sport out of the hunt somewhat, but at least we’ll be performing a public service and there will be plenty to go around.”

The first trials for the programme have been scheduled to take place in Windsor ahead of the impending royal wedding.