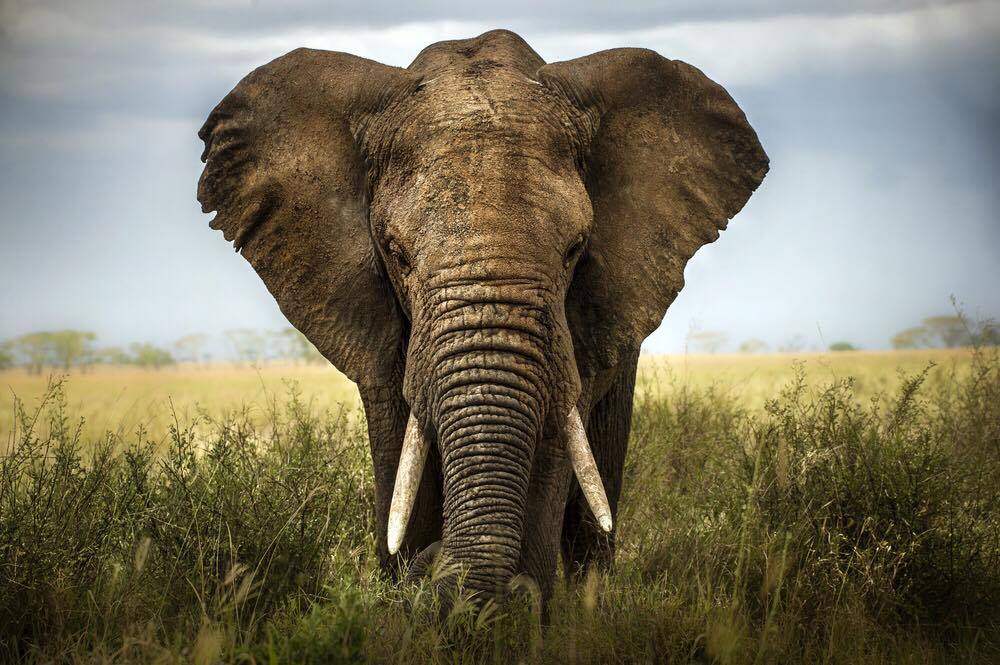 Not only is elephant hunting patently stupid, it’s completely fucking pointless. I mean, how hard can it be taking aim at a massive lumbering three tonne target and squeezing the trigger? What do your other hobbies include, Kitten wrestling? Fucking bunny boxing? You fucking geriatric orange embarrassment.

Elephants are sophisticated, have long memories, communicate in ways we’ve yet to understand, live in loving family groups and mourn their dead, sort of like giant grey anti Trumps.

After the conservationist Anthony Laurence died two separate herds of the wild elephants he saved starting showing up at his house on the anniversary of his death every year. Don’t believe me? Google that shit.

How the fuck do they know he’s dead and how the hell do they know what day it is? Let’s not bother finding out, let’s just shoot them and hang their heads on the fucking wall like an imitation Picasso.

You’ll only remember the anniversary of your Presidency with fucking Facebook’s ‘On this day feature’ you fucking walnut faced chin smuggler.

What makes some dickhead standing on the Serengeti look at a majestic elephant kicking up dust in the Twilight think ‘quick, lets shoot it!’

What’s next? Lift the ban on fucking children so your mate Epstein can get his end away?

I say legalise hunting, but make it fair. By all means kill an elephant but you have to do it naked with your bare hands.

I hope in a parallel universe somewhere there’s a fucking family of elephants admiring the wall mounted head of a dead president, with the perpetual bemused expression of a man who’s just seen the gleeful glint of revenge in a gun toting elephants eye before the fatal kill shot , you fucking melted hay mained cunt.