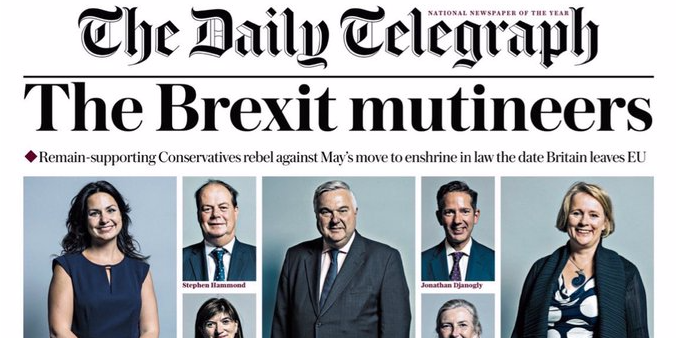 I fucking hate people who can’t do their jobs. It’s more people than you think. Some days I think the whole of London is stacked neck-high with nothing but blue-suited oxygen thieves jockeying for position near to an open wallet. They are the kind of un-flushable turd that simply reappears in a new position without having done what they were supposed to do in the last one. And that brings me nicely to these twats.

There has been something amusing about The Telegraph’s 20 year-long suicidal strangle-wank into obscurity. But now there is something dangerously wrong with those spunk-puffins and all the female-friendly lifestyle supplements in the World can’t hide it.

They did once serve a purpose. Good sports section; couple of crosswords; brilliant cartoonist; oh yes, and a letters page where middle-England could do indignation bukakke when anyone mentioned closing Grammar Schools. But when the fuck did they slip into the void left when The Sun stopped handing out free colouring pencils?

Do I have to be associated with this omni-directional spunk mortar? If I believe in the free market, the rights of the individual, small Government and the rule of law, does it automatically make me one of these shit-heads? Because yesterday they went too far.

These fucktards appointed themselves Block Captain for the right wing militia and did a 2 page, full colour, witch-hunt special. On page 4 there was a cut-out-and-keep Nazi arm band and directions to where you can shove your better judgement.

Apparently the “thoughts and prayers” that went to the family and friends of Jo Cox didn’t include a single fucking one about not turning individuals into scapegoats on a political, and real, knife-edge.

But just ask yourself a few questions. Who the fuck works there now? Why the fuck? And, do you think anyone would fucking own up to it if they did?

There are times when you wonder if the Tories and their rags could display worse judgement if they tried. Well it seems they are trying.