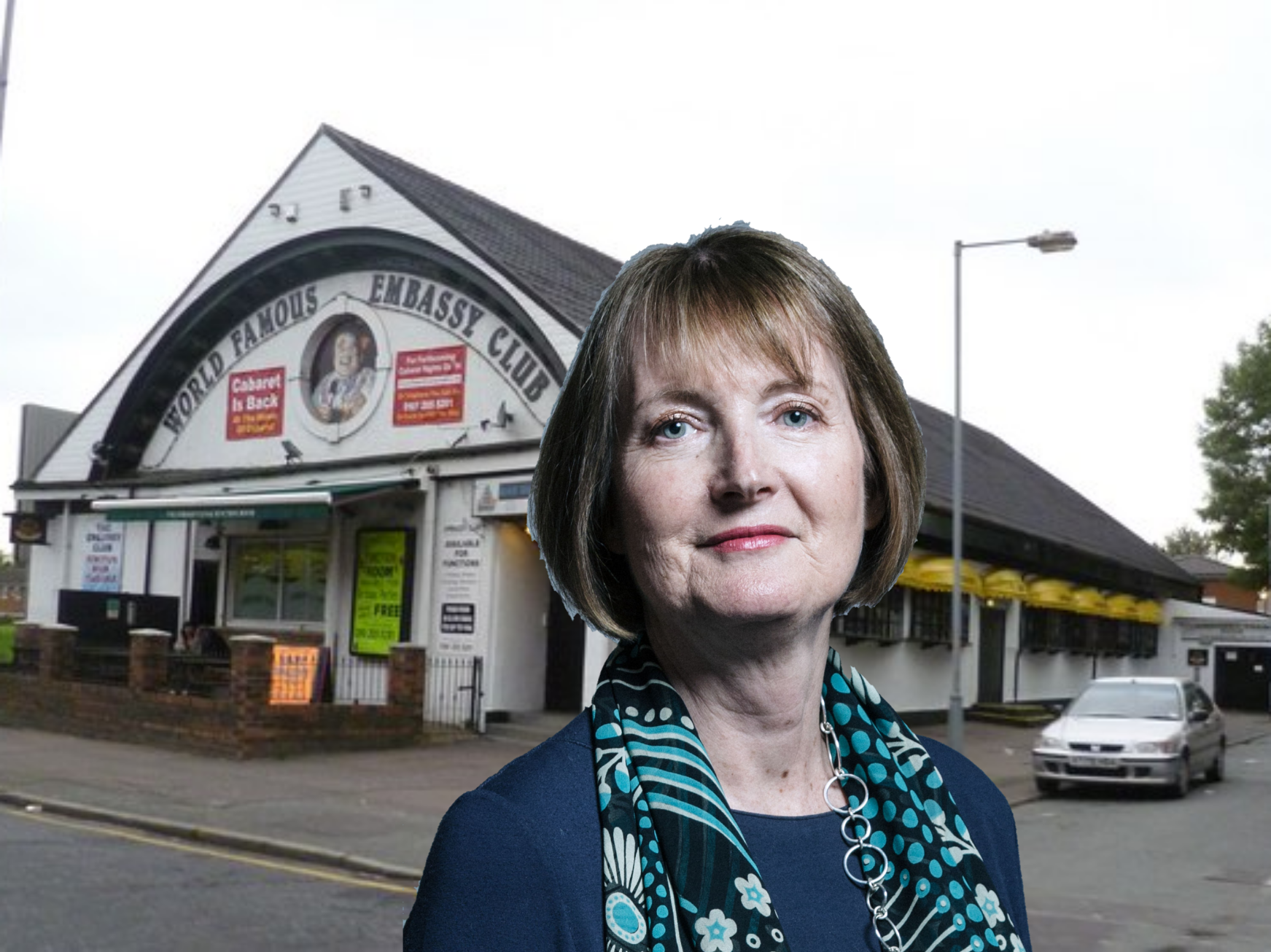 Harriet Harman to compere at The World Famous Embassy Club

Move over Manning, take a step back Chubby, there’s a new twat in town.

Ok, I get that Harriet didn’t actually make up the anti Semitic joke on last night’s episode This Week in the same way I didnt make that cake for last weeks bake sale at work. It came fully formed from Asda, or a racist baker if you like, and I know she didn’t say it to be a bigoted cunt, but come on Harman! That was more ill judged than a fucking Chico comeback tour.

Leave it to the imagination for Christ’s sake. Actually telling the joke to illustrate how bad it is, is like beheading a reporter to let everyone know you disapprove of fucking ISIS.

Also, don’t just casually suggest that the show’s host probably finds it funny as well like you’re just slinging a bit of banter. You basically called the cunt a racist with no proof.

Get your fucking shit together woman. The press are already making out that Labour hate Jews more than Hitler and your fuckery isn’t helping matters.