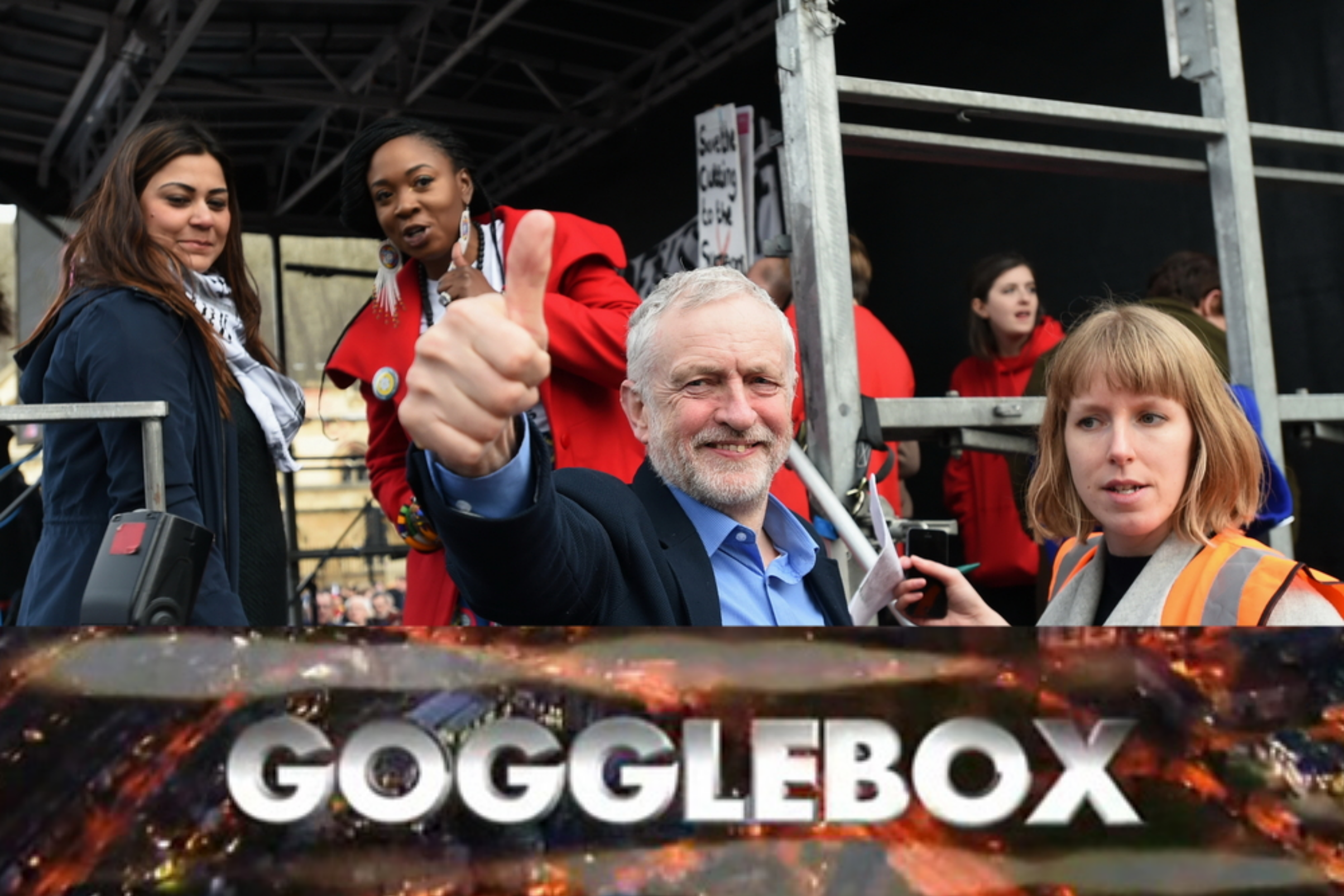 Whilst May and co negotiate Brexit by not attending the meetings, refusing to pay the bill, or give anyone any rights, Jeremy Corbyn is going to appear on TV to watch knobheads whilst being watched by millions of knobheads, the knob-head.

Yes, the leader of the opposition can afford to dick about whilst the Tories fuck the country like Harvey Weinstein with an extra, and he’s now going to appear on Channel 4’s Gogglebox.

It will be the first time in history that so many knobheads have watched another Jeremy other than misery merchant Kyle and that candy floss headed cunt Clarkson.

It’s not yet known what Corbyn will be watching, but there’s a 95% chance that it will just be people slagging him off or slagging the people off who he’s trying to represent, interspersed with him looking really serious and saying things like “fairer”, “trains”, “many” and “tut”. Probably