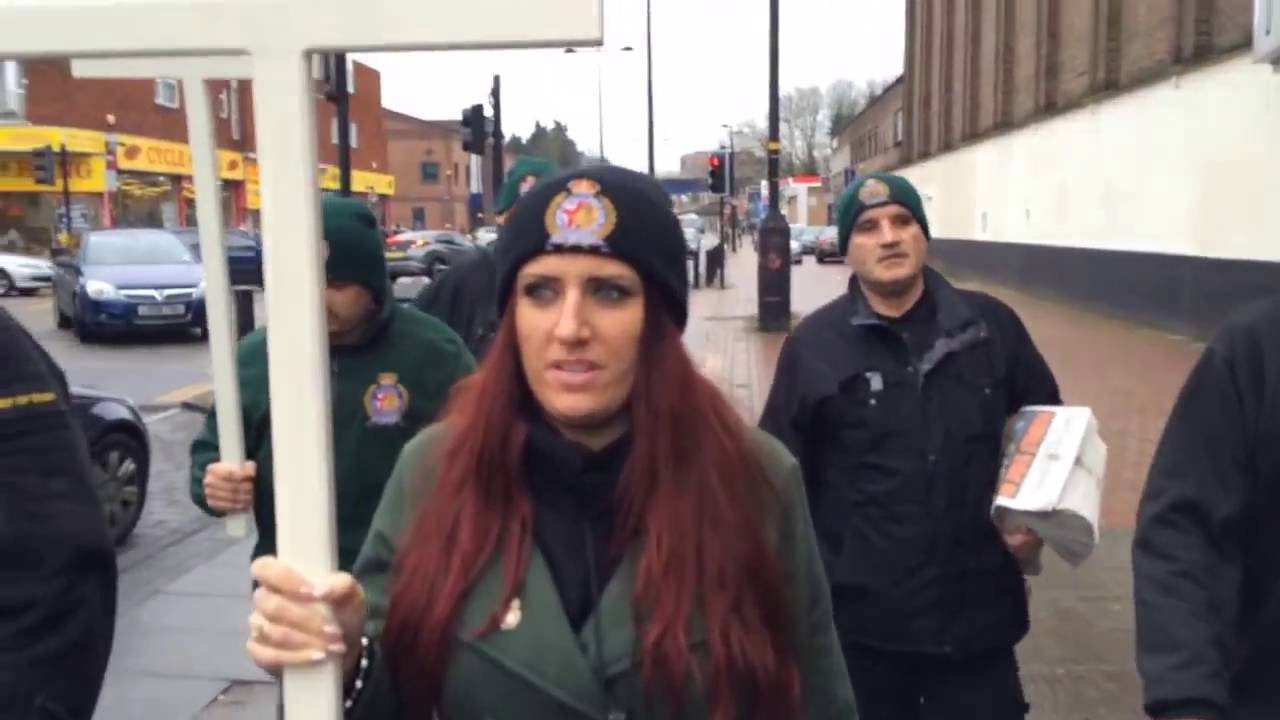 Jayda Fransen is 1960’s America personified. She’s a fucking walking whites only water fountain, that ejactulates bile into the mouths of anyone stupid enough to use it.

She’s a dead eyed, witch featured, vacuous sack of shit, with the perpetual expression of a fucking startled cat.

She’s also purportedly a Christian, apart from that bit about loving thy neighbour. She proves this by walking around with a British flag and a white crucifix, whilst shouting racist obscenities flanked by fucking Daily Express readers like a shit KKK.

Apparently these marches ‘protect’ the UK by attempting to stir up hate in already divided towns, whilst selling fucking badges at the same time.

And just like radical Islamist extremists, Britain First are trying to wage their own Holy war, but the stupid cunts on both sides fail to realise that the majority of people in the UK couldn’t give a fuck about religion.