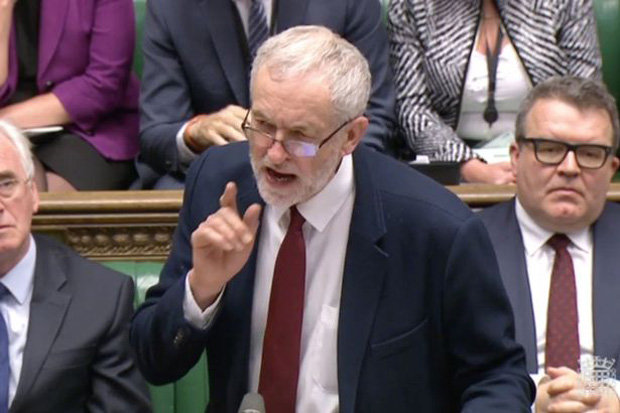 Grandpa’s had enough! Those MP’s who thought they could stab him in the back with one hand and pat him on it with the other have learnt a valuable lesson. This yogurt knitting Kumbayer ain’t taking no shit no more.

For two years we’ve heard how he can’t lead or unite his party, and that was exactly right when it was packed to the rafters with more cunts than a fucking bailiff convention.

Surely the basics of party unity is to get behind the fucking leader? Well Jezza was always a soft touch wasn’t he? They could go on TV wearing a fucking ‘Corbyn is a cunt’ T-shirt and return to a hug from the poor forgiving bastard.

All that changed last night though. The last few weeks have made Corbyn more cock sure than Mick Jagger before he started decaying. It’s all gone to his head quicker than a fucking Hopkins Tweet after a tragedy. He’s walking around like he won for Christ’s sake. The cunt even played Glasto.

Last night though he’d had enough. No more piss taking. Those who defied him are gone, and from where I’m standing that can only be a good thing. There’s still plenty of scum to mop up, but soon he’ll have a fully united party and we’ll have a proper opposition.